Located in the state of Chhattisgarh, the ‘Steel City of Central India’, Bhilai is endowed with a number of industries, picnic spots and other tourist destinations. Besides being an industrial hub, tourism is also a major contributor to Bhilai’s economy. Bhilai is well-connected rest of the world via air, rail and road routes, making it easily accessible. Tourists can conveniently chose their preferred mode of transport depending upon their budget and requirements.

Bhilai does not have an airport of its own. The nearest international airport is Swami Vivekanand Airport also called as Mana Airport in Raipur, about 45 minutes drive from Bhilai. Known for its meticulous design and international standards, the airport has been awarded the 'Best Airport of the Country in Non-metro Category' in 2013 by the Union Ministry of Tourism. There are regular flights from here to major cities like Ahmedabad, Bhopal, Bangalore, Chennai, Chandigarh, Delhi, Indore, Hyderabad, Jaipur, Kolkata and Mumbai etc. Air India, Jet Airways, Indigo, Jet Lite, Jet Konnect. are major operators in the city. From Raipur you can hire a taxi to reach the steel city of Bhilai.

Bhilai city enjoys the status of being one of the most planned townships in the country. It is located 32 kilometres west of the capital of Chhattisgarh, Raipur, on National Highway 6. Out of the three roads that bind the town, the ‘Central Avenue’, formerly called Pt Ravi Shankar Shukla Path, extends from Bhilai Steel plant to JawaharLal Nehru Main Hospital . It passes through the centre of the city dividing it into halves. It is very clean and has lush green trees on either sides. It has`Six Tree Avenue', also called as Garage Road, to the north and `Forest Avenue' to its south. 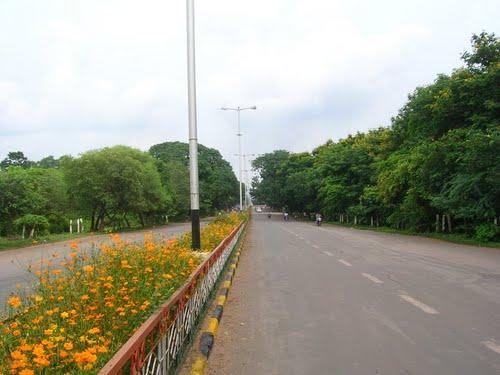 Bhilai being an important industrial centre it has a well-organized system of roadways connecting it to other major Indian cities. There are various Chhattisgarh State Road Transport Corporation (CSRTC) run buses at equal intervals operating in Bhilai, connecting different parts of the city. There are a number of private buses plying throughout the city operated by various private travel services. 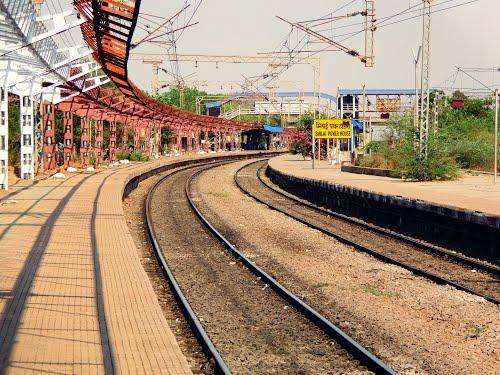 Bhilai city is situated on the main rail line of the Howrah- Mumbai route. Bhilai is well connected to Metro cities of Kolkata, Mumbai, and New Delhi and even far of Bangalore, Cochin and Trivandrum by train. Durg Railway Station, about half an hour from Bhilai City is one of the major station in the area. From here you can catch train to Ahmedabad, Bhopal, Howrah, Bilaspur, Chapra, Nagpur, Puri, Shalimar and Vishakhapatnam etc. Besides Durg, there are five other small railway stations within the geographical boundary of Bhilai city. They include sector-7 (Bhilai Nagar), Bhilai 3, Bhilai Power house, Charoda and Kumhari. Only local trains stop at these stations. All Express trains and even some superfast trains like Amarkantak Express, Mahanadi Express stop at Bhilai Power house. 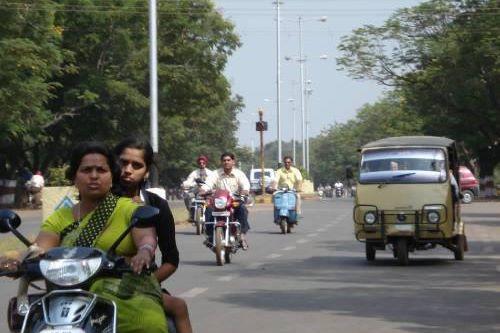 Bhilai City is famous for its beautiful and broad roads. The city is dotted with few flyovers and under bridges that allow free movement of traffic anytime in the city. Most of the population being a working class to a large extent own their own vehicle for transportation purposes. Others hired auto rickshaws or taxis from a nearby auto stand. A number of private vehicles like cars, bikes, mopeds can be seen on the roads. Tempos are also popular means to reach nearby destination in and around the city. Hand pulled rickshaws are convenient but for a relatively smaller areas. The fares are never too high and are quite within the reach of the citizens of the region. One can also hire private vehicles for sight-seeing from various travel agencies operating in Bhilai.


Explore more about Transportation in Bhilai