Being an industrially and commercially important city, Bhilai is dotted with numerous temples and places of worship. In all the humdrum associated with the city life, the calm and divine places like temples provide a safe haven to briefly get away from the chaos. Whether you want to take some time off, offer prayer to the deities or simply adore the beauty of a serene place, Bhilai offers you plenty of ancient as well as newly constructed temples. The sculptural splendour combined with the mythological stories and beliefs associated with the Ganga Maiya Temple, Maa Bamleshwari Temple, Shree Uwassaggaharam Parshwa Tirth, Shiva Temple stand testimony to India’s rich and glorious past and culture.

Located in Jhalmala, this temple is dedicated to Goddess Durga, also called Ganga Ma. This temple has a fascinating history. It is believed that the idol of Goddess Durga was found by a fisherman in his fishing net. In a confused state of mind, he threw the idol into the river running through the village. The same incident occurred the next day too. This time, he left the idol near the river and retired for the day. Finally, the Goddess appeared in his dream and ordered him to install her in a holy place. The fisherman retrieved her idol the next day, built a small hut and placed her idol there. With the passage of time, as the fame of the goddess and her powers began to increase, a proper temple complex was constructed with the help of donations from the devotees. Presently, the temple trust looks after the administration of the temple and also organizes cultural festivals and medical camps for the welfare of the villagers. 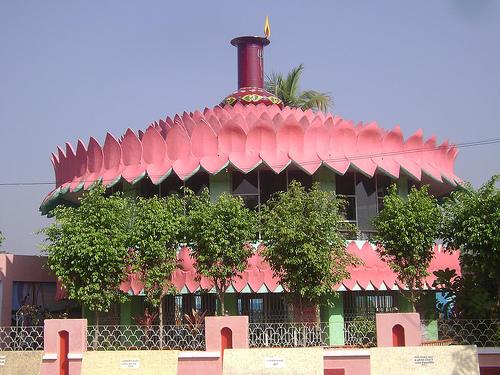 This temple being one of the prime religious and pilgrim site in Chhattisgarh, attracts tourists from far and wide. The goddess is said to have divine extraordinary powers and is believed to fulfil the wishes of her staunch devotees. During the festival of Navaratri, devotees throng here in large numbers to get a glimpse of their favourite Devi Ma. Some even come walking bare footed from far off places. The atmosphere then is joyful and vibrant, with the whole village bearing a festive look. Various fairs and festivals are held with the active participation of locals as well as tourists.

How to Reach Ganga Maiya Temple from Bhilai ?

About 61 kilometres from Bhilai, it takes about an hour to reach the temple by road. You could take a train from Bhilai to Balod and then reach Jhalmala by road. A more convenient option would be to travel via private vehicles or taxis offered by travel agencies.

Located in Dongargarh, this is a famous temple located on the peak of a mountain, about 1600 feet high, dedicated to Bagulamukhi Devi, a powerful manifestation of Goddess Durga. While some believe this temple was built by king Vikramaditya, others believe that it was constructed by Raja Veersen. Devotees have to ascend about 1100 stairs to reach the shrine of Badi Bamleshwari. Aerial Ropeway or cable car facilities are also available as a substitute. It is a major tourist attraction, as it is the only ropeway constructed in the state of Chhattisgarh. Another temple called Chhoti Bamleshwari Temple is located at ground level near the main temple, for the devotees who find it difficult to climb the 1100 stairs to the main temple. One can have a picturesque view of the surroundings from the top of the mountain. An enormous golden Buddha Statue can also be viewed on the opposite mountain. Pilgrims from all over the country flock here during the Navaratri festival, to participate in the celebrations.

How to Reach Maa Bamleshwari Temple from Bhilai ?

Dongargarh is situated around 80 km from bhilai and the travel time by road is approximately one and a half hours depending on the traffic conditions. There are a number of trains from Bhilai Power House to Dongargarh. One can hire a private vehicle from the station to the temple.

Established in the year 1995, located on the banks of river Sheonath in Nagpura, this Jain shrine is famous as a religious as well as pilgrim centre. This place houses numerous temples, gardens, guesthouses, yoga centre and more. This place is known for its scenic splendour and marvellous architecture. The main temple contains a pedestal, on which the footprints of the Lord can be seen. The temple of Shri Manibhadra Veer is on the right side of the main temple, while the temple of Padmavati is to its left. Numerous visitors throng here to get a glimpse of the charming and beautiful statue of Shri Parshwanath, supported by four pillars and the 30 feet high entrance gate of the temple. 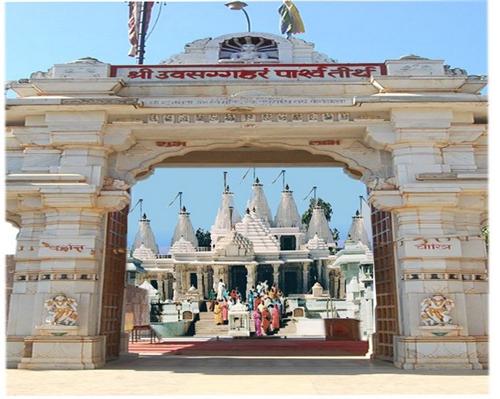 Meru Mountain with the Jinalaya of all the 24 Tirthankers, Tirthankar Udyan or the garden of renunciation, Aarogya Dham- a 30 bedded hospital of Naturopathy are other major highlights of this holy place. The holy nectar or the ‘Amiya’ oozes out of the statue here, leaving the visitors wonderstruck. This nectar is belived to have curative properties. This place attracts thousands of pilgrims from nook and corners of the country on the full moon night, who come here to experience spiritual ecstacy.

How to Reach Uwassaggaharam Parshwa Tirth from Bhilai ?

It takes about 15 minutes by road to reach Durg from Bhilai. There are a number of trains from Bhilai Power House to Durg. You can reach this shrine in about 20 minutes from Durg station by road, in private buses or taxis.

It is home to one of the oldest temples in Chhattisgarh dedicated to Lord Shiva, dating back to about 5th century. The ancient linga is present in the garbhagriha, below the ground level, even though the shikhara of the temple had been destroyed over time. The main mandapa is supported by exquisitely sculpted two rows of five pillars each. There is a pond next to the temple, which is believed to have an underground link to the town of Arang in Chhattisgarh. Apart from the main Shiva Linga, there are sculptures of Lord Shiva, Lord Ganesh, and carvings of dancing men, demi-gods and warriors. The Nandi statue is another special feature of this temple. The peaceful atmosphere and the enchanting sculptures attract visitors in large numbers.

How to Reach Shiva Temple from Bhilai ?

It is located at a distance of about 3 kilometres from Bhilai in Charoda. One can take autos or private vehicles to reach this place. 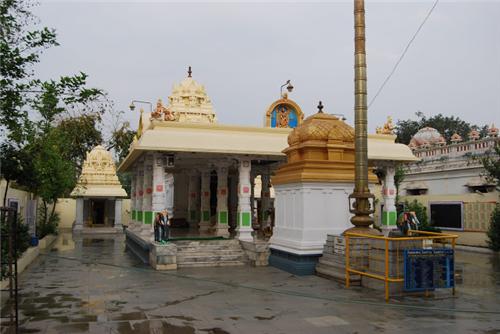 Apart from these famous temples and pilgrim centres, there are a number of places of worship in different areas within as well as around the city of Bhilai. They include Balaji Temple, Hanuman Mandir, Kali Bari Temple, Sai Baba Temple, Ganesh Temple, Siyadevi Temple, Bhoramdeo Temple etc. The tranquillity, sanctity and the palpable energy radiated from these temples will help you satisfy your spiritual quests and fill you with immense joy and pure bliss, indescribable by mere words.