Sports serve a vital social and cultural function in the society and help in the all-round development of human personality. Sports play an important role in the lives of people of Bhilai, providing ample opportunities for social interaction and entertainment, and serve as a platform for showcasing their talents at the state and national levels. With most of the people here working in industries and mines, sports and games are viewed as healthy means for recreation and relaxation of the mind. The city throbs with sports activities throughout the year. The infra-structure of the stadiums, playgrounds, coaching facilities for the games of football, hockey, cricket, basketball, kabbadi, volleyball, badminton, handball, tennis etc offers great scope for the sports lovers in Bhilai. 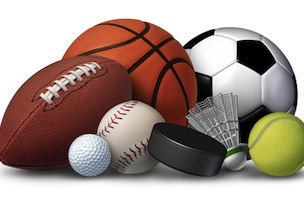 Cricket is one of the most popular and revered games in India. It is a sport which is popular amongst people of all age groups, gender, caste and creed. The Bhilaians are no exception to this. Their love and passion for this game is evident from the large number of stadiums and coaching centres set up to train and nurture the young talents. The Bhilai Steel Plant Cricket Club Ground, the Jayanti Stadium are some of the popular venues where a number of state and district level matches are played. The Bhilai Cricket Association along with others organizes cricket matches to promote this wonderful game. In addition, there are also many private coaching academies like the SSV Cricket Coaching Net, GD Cricket Academy, Naidu Cricket Academy etc. operating in Bhilai. 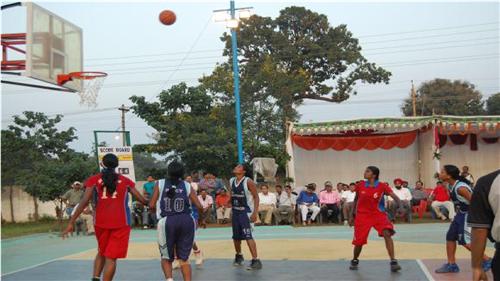 The role of developing basketball as one of the main sport in Bhilai can be attributed to the Bhilai Engineering Corporation. It sponsors the state’s ‘Basketball Hostel’ setup in Bhilai where around 10 boys and 25 girls usually from poor families stay and practice basketball for about 10 hours every day. There is the Basketball Academy in Bhilai where many young boys and girls are trained under the able guidance of Mr. Rajesh Patel , a famous basketball player. He has been working relentlessly to develop basketball in the state of Chattisgarh. His training , hard work, and guidance with the financial support of the Bhilai Steel Plant has helped the state to bag around 80 medals at the national level by the boys and girls teams in various age categories .

Contribution of SAIL and BSP for development of sports in Bhilai

Among the six sport academies setup by the Steel Authority Of India to promote sports in India, the Athletics Academy for boys in Bhilai has helped in producing many successful athletes in our country. The young talents are identified and trained by well qualified coaches to achieve high results. SAIL also undertakes sponsorships for various sporting activities in and around Bhilai. The Handball and the Hockey Academies have produced many successful players at the national level. In order to create sports infrastructure, facilities like providing sports material and organising tournaments are also undertaken by the Steel Authority Of India. Day Scholar Training Centres for training in different sports like athletics, hockey, football and boxing have been established by Steel Authority Of India in Bhilai. 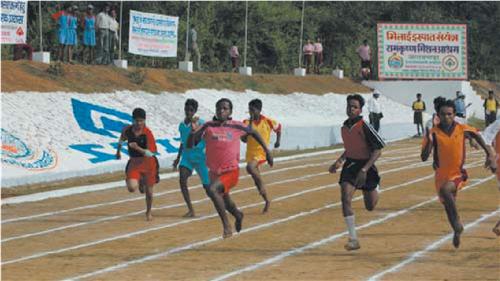 Many national and state championships have been organized in Bhilai. The city is home to many famous sports personalities. Rajendra Prasad who represented India at the Barcelona Olympics in boxing, cricketer Rajesh Chauhan, Krishna Sahu who won bronze at the Asian Powerlifting Championship in Seoul, shuttle player Sanjay Mishra, Aniruddha who bagged silver in 50 km walk-event at the National Level Games, Hanuman Singh the national handball player are some of the outstanding sports personalities from Bhilai. 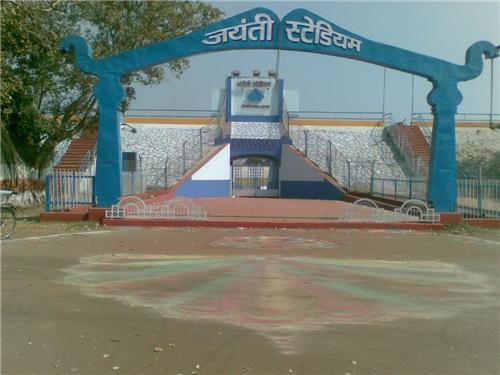