The ‘Steel City of Central India’, Bhilai is known for its greenery, plethora of tourist attractions and a variety of industries. Located in Chhattisgarh, ‘The Rice Bowl of India’, Bhilai is famous for its rich and nutritious cuisine. The multiculturalism and diversity observed in Bhilai is reflected in the Bhilaian food habits as well. Most of the cuisines prepared in Bhilai are influenced by the cuisines of Madhya Pradesh, Maharashtra, Andhra Pradesh, Orissa, Jharkhand, Uttar Pradesh etc but at the same time retains its essence and individuality. Bhilai has managed to create a distinctive identity of its own, in terms of its cuisine. 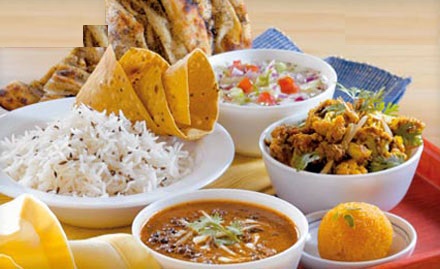 Maize, wheat and jowar form the basic diet of the inhabitants of Bhilai. Most of the traditional foods in Bhilai are made of rice and rice flour, curd and a variety of green leafy vegetables like cabbage, pumpkin, ladyfinger etc. Fara/muthiya (rice rolls in white sauce), chousera roti (rice puri's), angakar roti etc are some of the famous breakfast dishes made out of rice and rice flour. Spices are widely used in the preparation of various dishes and so are dairy products such as ghee, oil, vanaspati, and butter. Protein-rich lentils also form an important part of the Bhilai cuisine. Arhar Dal is the most widely used pulse. The tribal population in and around Bhilai, include a lot of fruits in their diet.

Snacks and Sweets of Bhilai

The people of Bhilai prefer tangy recipes and sweet delicacies. Sweets and namkeens form an integral part of the Bhilai cuisine. Chila (similar to a dosa, and served with chutney), khadhi (dish made with vegetables and greens), khichdi, khurmi , fara, rice pakora are some of the everyday snacks enjoyed by the people of Bhilai. The special dish of Minjhra Bedi prepared out of urad dal, lauki, kumhda, papita and rakhia tastes heavenly. 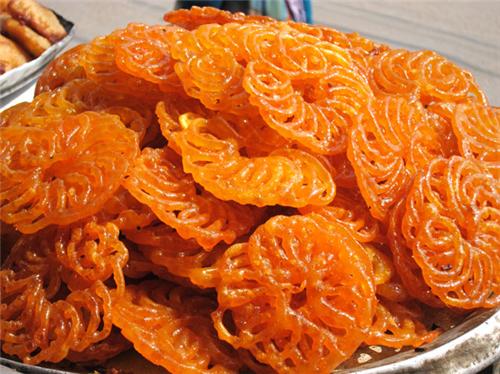 The people here like to have something sweet at the end of their meals, dishes like jalebis are prepared by almost every household of Bhilai. Tikhur Barfi and bafauri, a special dish made of chana dal are among the favorites of the people. Kusli, cashew barfi, khurma, lentil pudding, moong dal ka halwa, petha, rakhia badi are some of the other delicacies enjoyed by the people of Bhilai. 'Mahuwa' a brew made of small, creamy white fruit of a local tree is very much popular among the locals here. 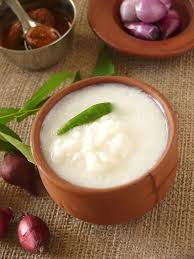 The Bhilai cuisine uses maize and jowar, which are rich in rich in protein, fiber, calcium, potassium, iron etc. The arhar dal, which is commonly used, is also a rich source of protein. The diet of the people is balanced, including the right quantity of vegetables that provide vitamins and minerals. The Tikhur Barfi is known to have medicinal properties, providing immunity against various diseases. During summer, Bore Baasi (dipped rice from last cooked meal) which mainly consists of cooked rice dipped water, buttermilk or curd, is consumed. It is mostly accompanied by pickle and raw onion. It helps maintain the water levels in the body, keeping it cool and hydrated during the hot and arid summer days.

There are several restaurants and eatery joints in Bhilai that serve the best of the multi-cuisine menus to both the locals and the tourists of Bhilai. From local dishes to global cuisines, these eateries provide a wide variety of appetizing food, catering to the needs of all age groups. Apicure Food Court in Bhilai is famous for its multicuisne options and indoor sitting arrangements, Chat Bhandar at Sector 4 – is visited mostly by ladies for tasty golgappas and chat items. ChaCha ji Kulfi in Civic Centre is a hit amongst people of all ages. Thanks to the variety of Kulfi items served at this place. You can get a taste of South India dosas at Highway canteen famous for its Crisp Rava Dosa and other items. For Non Vegetarian lovers Apna Ghar at Civic Centre is a perfect place to enjoy variety of Chilli Chicken items. 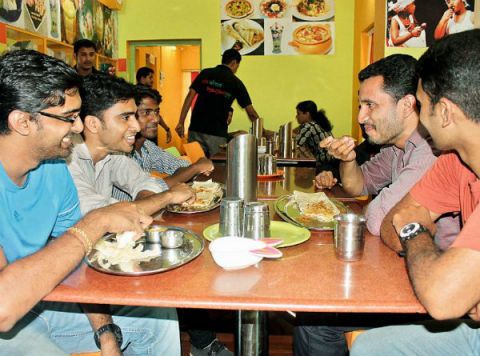 Apart from restaurants, Bhilai has a number of fast food stalls as well as coffee houses that can be seen buzzing with people, especially youngsters. The Chocolate Story and Krazy Kool are popular hangouts in the Civic Center that offer delicious chocolates and ice cream, in different flavors and variations. The Grand Café, in Nehru Nagar, is a 24 hour coffee shop, popular among the locals as well as tourists. The Blue Door Cafe is a hit among the children for its variety of luscious cakes and pizzas.

A lot of changes are taking place in the food culture of Bhilai. But despite that it gas successfully retained its essence and purity. While traveling to the steel city you can enjoy the same by dining at any popular restaurant in the city.