Bhilai is an important city in the Chhattisgarh city of central India. It is a city that symbolizes the rich and varied culture of India. The culture of Bhilai is fascinating and captivating. It tells us about the people of the place, their lifestyle and their beliefs. The festivals, the events, the attractions, all reflect the culture of Bhilai in one way or the other.

Various colourful festivals are celebrated in Bhilai with great fervor and enthusiasm. These festivals are a manifestation of the rich culture and religious unity. Among the festivals, Hareli is hugely popular. It is a colorful festival celebrated during the monsoon. Through this festival, the people pray for bountiful crops and blessings of the God. 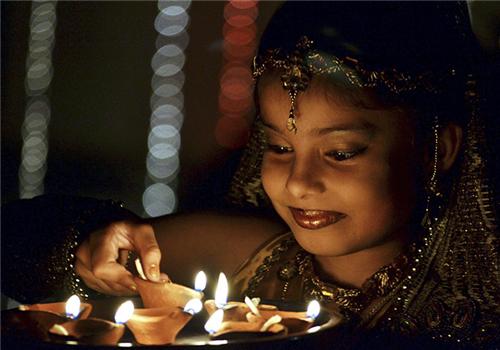 Makar Sankranthi, Diwali and Dussehra are also celebrated here with great pomp. Ganesh Chaturthi of Maharashtra, Ugadi of Karnataka, Pongal of Tamil Nadu, Durga Puja of West Bengal, Rath Yatra of Jagannath Puri, Eid are some of the other festivals celebrated by various communities in a scale similar to their region of origin. Sikh festivals like Baisakhi, Guru Nanak Devji’s Guruparab etc are celebrated here with active participation and passion by people of all religions and communities.

Bhilai is renowned for its multicultural and diverse population. Apart from Hindus, there are Muslims, Jains, Christians, Sikhs etc. Religious harmony is a striking feature of this beautiful city. People from different parts of the country have settled here. Bhilai also boasts of high levels of linguistic and religious unity, which can be attributed to the simplicity and hospitality of the people in Bhilai. The religious harmony between the people here is something everyone must follow. People belonging to various religious backgrounds and tribes live together in Bhilai, setting an example of ‘Unity in Diversity’. 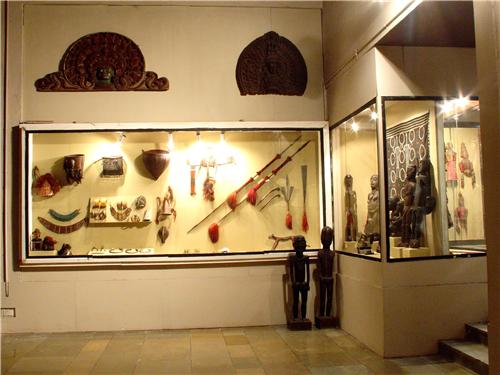 For the art lovers in Bhilai, a perfect option to unwind and relax themselves would be visiting the Nehru Art Gallery in the Civic Center in Bhilai. Ranging from local art to collections of eminent artists, this gallery showcases a wide variety of exquisite artistic collections and exhibitions are also held from time to time. Various social issues like traffic safety awareness and health awareness are taken up and exhibitions are held here, to bring about social awareness.

The most widely spoken language in Bhilai is Chhattisgarhi. It is similar to Hindi and the locals love conversing in this language. However, there are about 70 different dialects of Chhattisgarhi, spoken throughout Bhilai. However, Hindi is used for official purposes, recruitment and government works. People of Bhilai do understand and speak Hindi well. Due to a large number of educational institutes, English Language is also spoken and understood by the people here. In addition, people speaking Bengali, Marathi, Telegu, Oriya, Punjabi Malayalam etc. can also be found here.

The people of Bhilai have a flair for dressing themselves in vibrant and colourful clothes. Along with the traditional clothes woven by craftsmen, they also love to wear with clothes with modern designs. The urban women in Bhilai prefer salwarkameez in different variations and designs on normal occasions and opt for sarees on special occasions like religious functions, festivals, marriage ceremonies, etc. Women in rural regions wear sarees in a typical manner called “Kachhora” with attractive blouses and sometimes wear garlands made of one rupee coins. Men in urban areas generally wear formal shirts and trousers and on festive occasions,prefer wearing kurtas and pyjamas or sherwanis . Nowadays the younger generation have switched over to jeans-shirts, capris and bermudas. Dhotis are worn by the men in the tribal areas and they love to decorate their heads with peacock feathers or stringed cowries.

Bhilai is famous for its variety of traditional folk songs as well as various dance forms. The folk songs and dances are a portrayal of the rich cultural, religious and social beliefs of the people. The Sohar song related to childbirth, Bihav song as a part of marriage celebration, and Pathoni song marking the departure of bride to groom’s place, generally sung by elderly women to mark various occasions are essential parts of Bhilai’s quintessential culture. 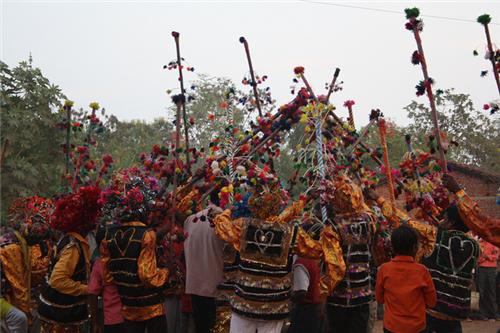 
Thus, the cosmopolitan culture and the ‘unity in diversity’ exhibited in Bhilai are manifestations of the essence of its true Indianness. From heart pleasing greenery to multi-ethnicity and serene happiness, this Mini- India has it all. It is and will remain a favorite among the tourists, who wish to explore the rich and varied Indian culture.